Introduction, for a first post in a new blog

For a long time I have been following the blogs of my friend Brett Payne at Photo Sleuth, and more recently his posts for Sepia Saturday. I have lots of old photos, not as a collector, but just as a lucky series of inheritances. As and when time permits I like to go digging to explain the unexplained, and over the years Brett has helped me and taught me a thing or two.

Now is the time to have a crack at blogging some of my material as I have always been conscious that whilst I rely enormously on what others have blogged, much of what I discover I never share. I want to start to put that right.

A few years ago, from my late father's papers, I unearthed this old trade catalogue, with a strange manuscript message on the front cover. 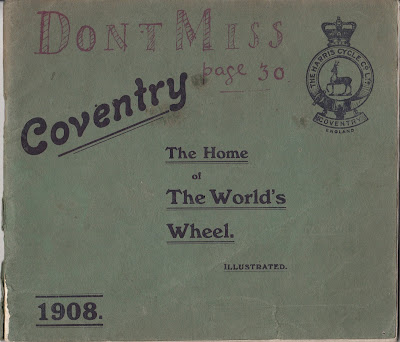 Even the most unadventurous could not fail to follow the instruction, and this is what I found inside: 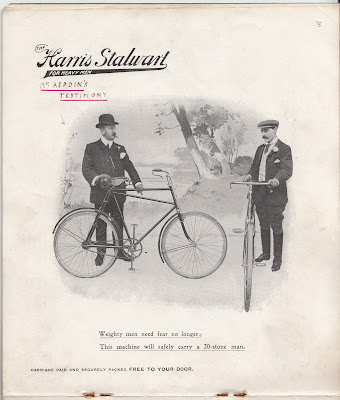 Now...this "Mr Aspdin" is supposedly my grandfather, Bertie Dyche Aspdin (1871 to 1943). He died before I was born, and I only know him from photos. It certainly does look like him. But was this just a family joke? Did someone spot a Doppelgänger and send it to my grandfather? This needed a little more investigation.

Firstly...... a slightly better resolution of the model: 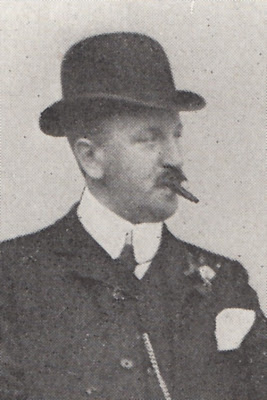 It certainly looks to me like a man of the right
age group, in 1908 he would have been aged
37, so I cannot discount him on age grounds.

My grandfather was no model. He was a bank clerk all his life, a one company man (ignoring later takeover by the Westminster Bank) rising from the bottom aged 17 in 1888, to be Chief cashier and Counter Clerk of The Derby and Derbyshire Banking Company Ltd at his retirement in 1936. 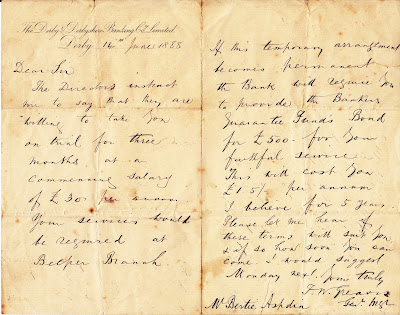 His appointment letter of June 1888.

He was a careful man. His first weeks wage was a half-sovereign. A full sovereign was GBP £1, a gold coin then. He did not spend it, and I still have it.

In my inherited photos I have an image on very thin photographic paper. I suspect that this is an unmounted image, as might be offered for sale at the time, at the most modest price to the public, by local publishers such as Richard Keene and his successors or perhaps by another local publisher. It is of the premises of the main branch of the The Derby and Derbyshire Banking Company Ltd in Corn Market, Derby, on the occasion of the visit to Derby of Queen Victoria on May 21, 1891. 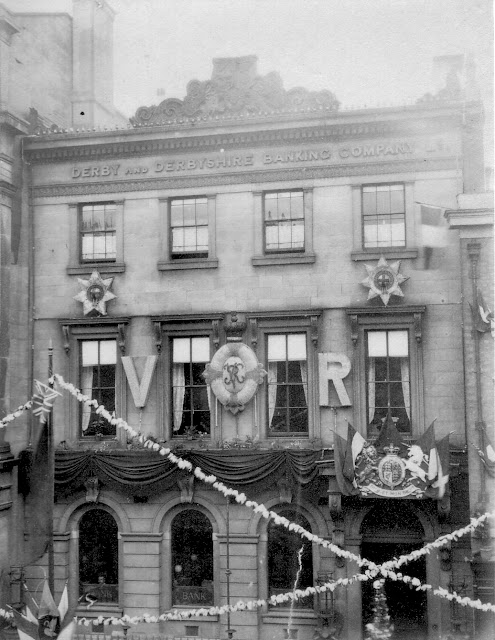 The local publisher, Hobson "Advertiser" of Market Place, Derby,  describes the bank's decorations in its illustrated memorial volume of the visit as follows: The strong point of the Derby and Derbyshire Banking Co's, premises was its splendid series of crystal illuminations, in Messrs. Defries and Co's, best style, embracing a magnificent device of blue and white, with Royal initials in the centre, and surmounted with a ruby and amber crown. On either side were the letters "V.R." in huge white crystals, and above them were stars with red cross centres, encircled with the motto of the Order of the Garter, Honi soit qui mal y pense. Here, also, in addition to a noble shield of the Royal arms, was a most effective drapery of brown material, with a heavy fringing and tassels of amber quite the prettiest thing in this part of the thoroughfare.

Now what would a 20 year old counter clerk be doing on such a special day? Surely all the customers would be out on the street celebrating? Business was probably be slack. That's right, he would be peering out of the window watching the happenings in the street !! 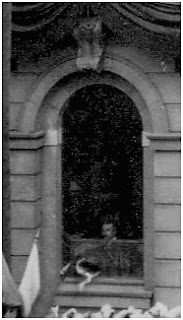 So is this Bertie Aspdin? I do think so. 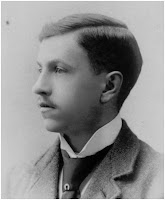 Was Bertie a cyclist? 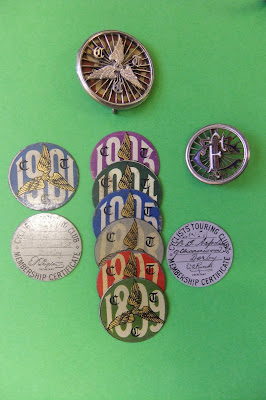 The answer to this is yes, at the turn of the century he was clearly a keen cyclist as he was a member of the Cyclists Touring Club for a number of years, and carefully kept his annual metal membership badges along with its silver holder. But I am afraid that is all I know about his cycling days. Its pretty conclusive that he took more than just a utility interest in cycling, and so could well have taken up the invitation from The Harris Cycle Co Ltd: 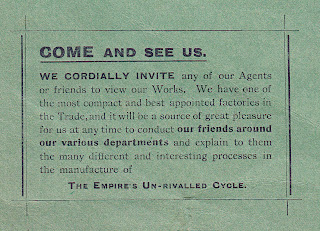 One more clue, and a salutary warning from Bertie's death certificate: 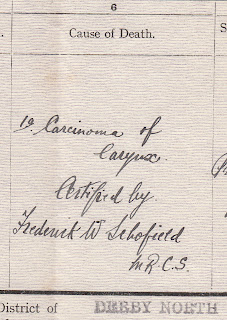 What do you think? Was the man in the catalogue Bertie Aspdin or a Doppelgänger ? Please vote in the comments.

The facade of the Derby and Derbyshire Banking Company Ltd bank building is now somewhat different, and I had wondered when it was re-modeled, the ground floor banking hall being extended towards the street marginally, and flush with the adjacent buildings.


The building ground floor is now occupied by The BookCafe. 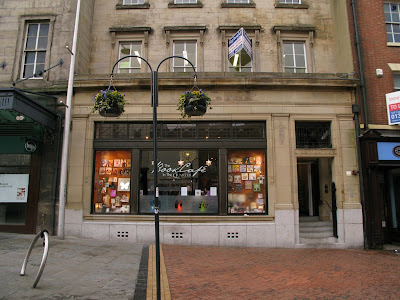 After I sent a link to my blog to Lisa at BookCafe, she too wondered about the extension, so I told her I would find out. Sure enough the excellent Derby Local Studies Library quickly came up with the answer. The remodeling was done circa 1926 at the order of Westminster Bank Ltd to a design by T.H. Thorpe R.I.B.A. of Derby. 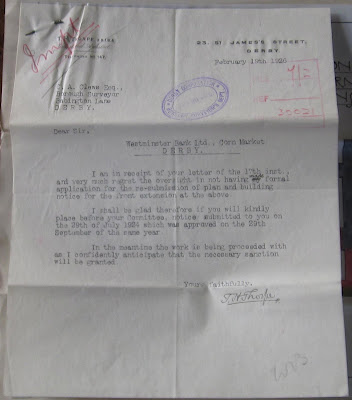